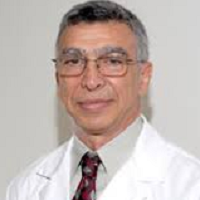 Dr. Duara is an associate professor of medicine, neurology, and psychiatry at the University of Miami School of Medicine. In addition, he was appointed to serve as a core courtesy Faculty Member, under the College of Medicine at the University of South Florida. He completed neurology residencies in the United Kingdom and at Thomas Jefferson University Hospital in Philadelphia and did a fellowship in neuroscience and neuroimaging at the National Institutes of Health.

His research has focused primarily on early diagnosis of Alzheimer's disease and other dementias, neuroimaging, genetic epidemiology and the methodology for staging the transition from normal cognitive aging to dementia. He has contributed to more than 150 articles in peer-review scientific journals and has been an investigator in numerous clinical trials of novel agents for the treatment of Alzheimer's Disease. Dr. Duara is also the chair and organizer of the Mild Cognitive Impairment Symposium, which is held annually in Miami Beach.