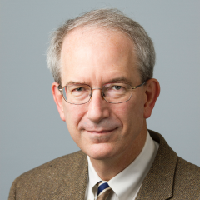 Dr. Staudt received his B.A. in Biochemistry from Harvard College in 1976. He was awarded a Medical Scientist Training Program fellowship at the University of Pennsylvania School of Medicine and received his M.D. and Ph.D. degrees in 1982. Following Internal Medicine training, he joined Nobel Laureate David Baltimore's laboratory at the Whitehead Institute as a Jane Coffin Childs Fellow. In 1988, he established his laboratory at the National Cancer Institute (NCI), which now focuses on the molecular basis for human lymphoid malignancies and the development of targeted therapies for these cancers.

Dr. Staudt is currently Co-Chief of the NCI Lymphoid Malignancies Branch and Director of the NCI Center for Cancer Genomics (CCG) which encompasses several projects including GDC. He has received numerous awards for his research, including the 2009 Dameshek Prize from the American Society of Hematology for outstanding contribution in hematology and election to the National Academy of Sciences in 2013.