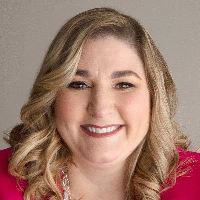 She has served on numerous committees with the College of American Pathologists and the United States and Canadian Association for Pathology. She has also been elected into several leadership positions in the Association for Molecular Pathology, including most recently as the President of the organization in 2013. She is a candidate for the Board of Governors of the College of American Pathologists election in July of 2014.

She has received awards for leadership, scientific contributions, and teaching, including the Lansky Award, the Arthur Purdy Stout Award, and the CAP Award for Excellence in Teaching. Dr. Hunt has authored over 130 publications in Endocrine, Head & Neck, and Molecular Pathology and Quality Assurance. Her research has focused on the study of tumor-associated genetic alterations and mutations in neoplasia, with a strong emphasis on translational applications to improve and expand molecular diagnostic testing for understanding tumor pathogenesis, prognosis, and improved diagnostics.