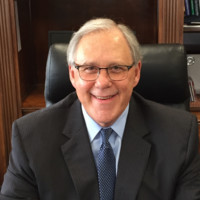 Dr. Shwayder is a Fellow of ACOG and a Fellow of the American Institute of Ultrasound in Medicine (AIUM). He is recognized nationally and internationally as an expert in gynecologic ultrasound. He has served on the AAGL Board of Directors and on the AIUM Board of Governors. He is very active with AIUM where he is the Vice-Chair of the AIUM Clinical Standards Committee, Chair of the AIUM Coding Committee, and as the AIUM Representative to the AMA Coding Advisory Committee. He is the Grant Governance Chair for the AIUM Fund for the Advancement of Ultrasound. He is also on the AIUM Annual Convention Committee, serving as the Community Coordinator for the Obstetrics, Gynecology, Fetal Echo, and Sonography Communities. He is the Co-Editor for ACOG’s 7th and 8th edition of Prolog: Gynecology and Surgery.

Dr. Shwayder is widely published with over 40 publications and 14 book chapters. He writes a bi-monthly article for the Legally Speaking section in Contemporary Ob-Gyn. He is the co-editor of a recently published book entitled Legal Concepts and Best Practices in Obstetrics: The Nuts and Bolts Guide to Mitigating Risk.