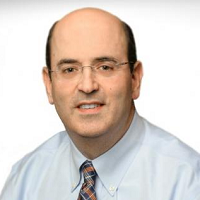 Glen S. Markowitz, MD received his undergraduate degree from Brandeis University in 1990 and his MD from Albert Einstein College of Medicine in 1994. After three years of residency in anatomic pathology at Albert Einstein College of Medicine, he spent a year as the Renal Pathology Fellow at Columbia University in 1997-1998, training under Dr. Vivette D’Agati.

He subsequently joined the faculty at Columbia University, College of Physicians & Surgeons in 1998 and has remained on the faculty since that time, achieving the rank of Professor of Pathology & Clinical Pathology in 2008 and assuming the role of Vice Chairman for Operations in 2011.

In 2015, he served a one-year term as the President of the Renal Pathology Society, the largest organized body of renal pathologists in the world, with a current membership of more than 550. Dr. Markowitz’s areas of academic interest include toxic forms of renal injury, dysproteinemic renal disease, and membranous glomerulopathy.