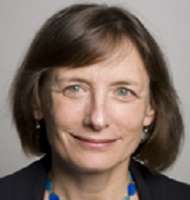 Dr. Diane E. Meier is Director of the Center to Advance Palliative Care (CAPC), a national organization devoted to increasing the number and quality of palliative care programs in the United States. Under her leadership the number of palliative care programs in U.S. hospitals has more than tripled in the last 10 years. She is Vice-Chair for Public Policy and Professor of Geriatrics and Palliative Medicine; Catherine Gaisman Professor of Medical Ethics; and was the founder and Director of the Hertzberg Palliative Care Institute, 1997-2011, all at Mount Sinai School of Medicine in New York City.

Dr. Meier was named one of 20 People Who Make Healthcare Better in the U.S. by Health Leaders Media 2010. She received a MacArthur Foundation Fellowship in September of 2008 and an Honorary Doctorate of Science from Oberlin College in 2010. Other honors include the Open Society Institute Faculty Scholar’s Award of the Project on Death in America, the Alexander Richman Commemorative Award for Humanism in Medicine, the Founders Award of the National Hospice and Palliative Care Organization 2007, AARP’s 50th Anniversary Social Impact Award 2008, Gold Humanism Honor Society National Honoree 2008, Castle Connelly’s Physician of the Year Award 2009, and the American Academy of Hospice and Palliative Medicine Lifetime Achievement Award 2009.