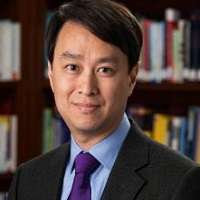 Dr. William T. Kuo is an award-winning physician, clinical researcher, innovator, educator, and patient advocate. He was born in St. Louis, MO and attended high school in Southeast Missouri where he graduated valedictorian. He attended college at Duke University where he received a BS degree with honors. He earned an MD degree from Wake Forest University School of Medicine with distinction in radiology, winning the Meschan Award for radiology excellence. His surgical internship was accomplished at Virginia Mason Medical Center in Seattle, WA. He then trained in a combined Interventional & Diagnostic Radiology Residency program at the University of Rochester Medical Center where he served as Chief Resident, and he was among the first in the nation to complete the Clinical Pathway in Interventional Radiology – ABR prototype for the current Integrated IR-DR Residency. Following this, Dr. Kuo completed Interventional Radiology Fellowship at Stanford University Medical Center. After fellowship, Dr. Kuo was recruited to become faculty in the Stanford Division of Vascular and Interventional Radiology where he was appointed Assistant Professor in 2006, promoted to Associate Professor in 2013, and promoted to Professor of Radiology – Interventional Radiology in 2017. Dr. Kuo is a recognized expert on advanced IVC filter retrieval, venous interventions, thrombolysis, and catheter-directed therapy (CDT) for acute pulmonary embolism (PE). He has written many seminal and award-winning papers, and his work has been cited in all major guidelines on antithrombotic therapy for venous thromboembolism. In 2009, his PE meta-analysis was the first to reveal the safety and effectiveness of CDT as a life-saving procedure for acute massive PE, leading to major changes in treatment guidelines. Dr. Kuo’s landmark meta-analysis eventually led to wide adoption of catheter-directed therapy for acute life-threatening PE – the 3rd leading cause of cardiovascular death. His work has also inspired many investigators to pursue research on percutaneous PE interventions; and today, based on these collective efforts, Catheter-Directed Therapy is now recognized around the world as a valid treatment option for patients with life-threatening PE.

At Stanford, Dr. Kuo also pioneered the field of advanced IVC filter retrieval. Among several innovations, Dr. Kuo invented excimer laser-assisted IVC filter retrieval and he was the first to perform this procedure in humans. For this achievement, he received the Gary J. Becker Young Investigator Award in 2011 from the SIR Foundation. He has also developed new protocols and techniques to percutaneously remove over 22 embedded filter types and to address several major complications associated with each type. Dr. Kuo’s innovations have changed the paradigm on managing embedded vena cava filters and related complications, to help manage a rising epidemic of filter-related morbidity in the United States. His techniques have allowed thousands more patients each year, previously diagnosed with an irretrievable filter, to achieve safe and successful filter removal regardless of dwell time. In 2010, Dr. Kuo established the Stanford IVC Filter Clinic as a quaternary referral center dedicated to treating patients with embedded filters and filter-related complications. His clinic routinely accepts challenging cases from around the country and around the world. Dr. Kuo has successfully treated thousands of filter patients referred from all 50 states and from over 10 countries. He is frequently invited to lecture around the country and abroad, and he has testified as an expert before the FDA. His innovative work has been featured on multiple media outlets including the Australian media, Canadian CTV network, ABC News, and NBC Nightly News with Lester Holt. He was also featured in the Netflix Original Documentary – The Bleeding Edge. He and his wife Rachel have 2 children and live near the Stanford campus.