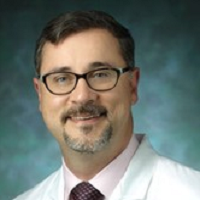 Vadim Morozov, MD, FACOG, FACS, is a leader in the field of gynecologic surgery who specializes in the management of chronic pelvic pain (CPP), endometriosis, and minimally invasive gynecologic surgery (MIGS). He is a referral provider for Chronic Pelvic Pain (CPP) and endometriosis for the tri-state DC area of Maryland, Delaware, and Virginia. Additionally, he is currently Vice President of Product Development for SurgiGyn Inc. Previously, he has served as Program Director for the Center of Excellence in Minimally Invasive Gynecology (COEMIG) at the University Maryland Medical Center and Chair of Robotic Surgery at the University of Maryland Baltimore-Washington Medical Center.

Dr. Morozov began his medical education in the USSR, Belarus in Vitebsk Medical Institute. He then arrived in the United States and began a second medical education. He received a Bachelor’s Degree from Lehman College CUNY and a Doctor of Medicine from the SUNY Upstate Medical University College of Medicine before completing a residency in obstetrics and gynecology at Long Island Jewish (LIJ) Medical Center affiliated with the Albert Einstein College of Medicine of Yeshiva University. He then completed an American Academy of Gynecologic Laparoscopists (AAGL) certified fellowship in gynecologic endoscopy and minimally invasive gynecology at the Nezhat Medical Center in the Atlanta Center for Special Pelvic Surgery and Reproductive Medicine.