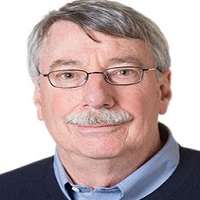 Dr. Stephen Miller received his PhD in Immunology in 1975 from the Pennsylvania State University and did postdoctoral work in Cellular Immunology from 1975-78 at the University of Colorado Medical School in Denver with Dr. Henry N. Claman. He assumed a junior faculty position at the University of Colorado from 1978-81 and was then appointed Assistant Professor of Microbiology-Immunology at Northwestern University Medical School in June 1981. Since 1992 he has been a Professor of Microbiology-Immunology and Director of the Northwestern University Interdepartmental Immunobiology Center.

Since 1995, he has directed the NIH-funded Immunology and Molecular Pathogenesis Training Program. From 2000-2007, Dr. Miller was the Congressman John E. Porter Professor of Biomedical Sciences and in December 2007 was invested as the Judy Gugenheim Research Professor of Microbiology-Immunology. He currently serves on the editorial boards of Cellular Immunology, Viral Immunology, Virology, the European Journal of Immunology, and the Journal of Autoimmunity. He also serves as a member of the Steering Committee for the NIH Immune Tolerance Network, as a member of the Juvenile Diabetes Research Foundation Immunology Study Section. Dr. Miller was elected as a Fellow of the American Association for the Advancement of Science in 2004 and as a Fellow of the American Academy of Microbiology in 2007.