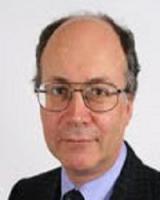 Dr. Paul Giangrande is consultant haematologist at the Oxford University Hospital's NHS Trust and is Director of the Oxford Haemophilia Centre. He is a member of the Nuffield Department of Medicine in the University of Oxford. He qualified in Medicine from the University of Manchester in 1979 after previously obtaining a First Class Bachelor of Science (BSc) degree in pharmacology. After obtaining postgraduate qualifications in both adult and paediatric medicine he trained in haematology in various major hospitals in London.

He obtained a research doctorate in 1991 for his work at the Royal Free Hospital in London on immunological aspects of haemophilia treatment. He subsequently worked at the Milan Haemophilia Centre with Professor Mannucci between 1989-1990 before being appointed to his current position in Oxford in 1991. He served as elected Vice President (Medical) of the World Federation of Hemophilia from 2000 to 2008 inclusive and has wide international experience in the field. He is a member of the Medical Advisory Board of the European Haemophilia Consortium (EHC) and serves as examiner in haematology for the Royal College of Pathologists.