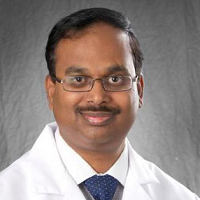 Nandakumar Nagaraja, MD, is an assistant professor of neurology at the University of Florida College of Medicine. He received his medical degree from Kempegowda Institute of Medical Sciences in Bangalore, India. He moved to the United States to pursue his passion for neurology and neuroscience. He completed his master's degree in neuroscience at the College of the Staten Island /City University of New York. He did his preliminary intern year at Brookdale Hospital Medical Center in New York and then completed his neurology residency at Wayne State University School of Medicine in Detroit, where he earned a Resident of the Year award in his last year.

Dr. Nagaraja completed his vascular neurology fellowship at the National Institute of Neurological Disorders and Stroke, National Institutes of Health. He was a Specialized Programs of Translational Research in Acute Stroke, or SPOTRIAS, stroke fellow at NINDS for two years. Before coming to UF, Dr. Nagaraja worked at the University of Iowa as a clinical assistant professor of neurology for three years. He was also an NIH StrokeNet Fellow for one year.