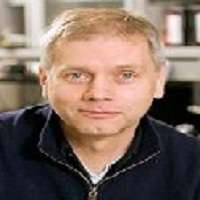 Dr. Marco Colonna was born in Parma, Italy. He received his medical degree from the School of Medicine at Parma University in 1983, and completed his specialization in Internal Medicine at Parma University in 1988. Dr. Colonna began his postdoctoral training as a Research Fellow at the Istituto Nazionale per la Ricerca sul Cancro in Genova, Italy, followed by work as a Research Fellow in Pathology at Dana Farber Cancer Institute and Harvard Medical School. He then became a scientific member of the Basel Institute for Immunology in Basel, Switzerland, a leading center for collaborative immunology research that helped to lay the groundwork for our understanding of immunology. Since 2001 he has been a Professor of Pathology & Immunology and Medicine at Washington University School of Medicine in St. Louis, MO.