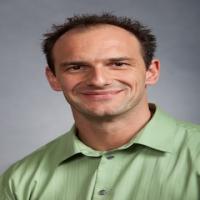 Lars grew up in Hameln, Germany, the city of the Pied-Piper. He earned his Master of Science degree in Nutritional Sciences from the Justus-Liebig University Giessen in Germany, determining structural differences in human and bovine milk gangliosides. For his PhD thesis he went to the Institute of Child Health, University College London, studying the effects of Human Milk Oligosaccharides on selectin-mediated cell-cell interaction in the immune system. Since 2003 he has been working as a postdoctoral fellow at the Burnham Institute for Medical Research in La Jolla, California, where he got appointed as Staff Scientist in 2006.He made major contributions in elucidating the central role of heparan sulfate proteoglycans and heparin in pathogenesis and therapy of protein-losing enteropathy.

Since April 2008 Lars is supported by an NIH K99/R00 Pathway to Independence Award, receiving additional training in pediatric gastroenterology at the University of California San Diego and the Childrens Hospital Los Angeles. In 2009 the University of California, San Diego, School of Medicine, recruited Lars as an Assistant Professor of Pediatrics in-residence in the Division of Neonatology and the Division of Gastroenterology, Hepatology and Nutrition. In 2013 Lars was promoted to Associate Professor. In 2016 Lars was appointed as the first Director of the Larsson-Rosenquist Foundation Mother-Milk-Infant Center of Research Excellence (LRF MoMI CoRE) and in January 2017 Lars was appointed as the first Larsson-Rosenquist Foundation Chair of Collaborative Human Milk Research.