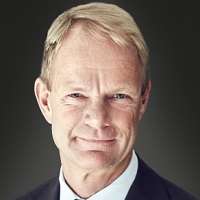 Kåre Schultz became Teva's President and CEO on November 1, 2017. Mr. Schultz, 56, is a seasoned veteran in the healthcare industry who has distinguished himself through his experience leading financial and restructuring initiatives at global companies. Since 2015 and until October 31, 2017 he has served as the President and Chief Executive Officer of H. Lundbeck A/S, which he joined as the company was facing the loss of critical patents. Mr. Schultz conducted a top to bottom evaluation of the business and implemented a robust turnaround strategy that involved cutting operating costs while targeting new product launches. Prior to joining Lundbeck, Mr. Schultz worked for nearly three decades at Novo Nordisk, where he served in a number of leadership roles, including Chief Operating Officer, Vice President in Product Supply and Director of Product Planning and Customer Services in the Diabetes Care Division. At Novo Nordisk, Mr. Schultz played a major role in modernizing the company’s large scale biologic production and leading the company’s expansion into the US and Chinese markets.