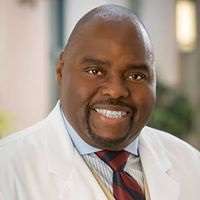 James C. Rosser, Jr., MD, FACS is a surgeon, educator, scientist, inventor, author, futurist, social advocate, television personality, playwright, video gamer, comic book collector, lover of cinema, and self proclaimed terminal twelve year old. Currently, he is a general surgeon specializing in minimally invasive procedures with Advanced Laparoscopic Surgeons at Florida Hospital Celebration Health. Dr. Rosser has described himself as the nexus where that which you think is frivolous meets that which you hold on high ground. He has given more than 350 invited lectures around the world, written over 50 peer reviewed articles, more than16 chapters in books currently in print, and 11 digital books. He is currently the sitting president of the Society of Laparoscopic Surgeons and the author of the recently released book entitled, Playin’ to Win: A Surgeon, Scientist and Parent Examines the Upside of Video Games. He holds two patents and several products and appliances have been developed to his credit. For his efforts, Dr. Rosser has received numerous recognitions and awards, including keys to many cities, citations by several state legislatures, three Smithsonian awards for technical achievements in medicine, NAACP Living Legend Award in Medicine, National Mentoring Award, The SAGES Gerald Marks Life Time Achievement Award and Society of Laparoscopic Surgeons’ EXCEL awards and many others.
Dr. Rosser has held academic appointments previously at Yale University School of Medicine, and the Albert Einstein College of Medicine. He served as Professor of Surgery at the Morehouse School of Medicine, director of the non-profit Modern Day Miracle and the CEO of the Stealth Learning Company. He is married to his lovely partner Dana and they have five children Kevin, Duane, Nikki, Taylor, Tianna and two grandchildren August and Easton.