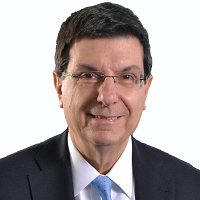 Gian Carlo Di Renzo is currently Professor and Chair at the University of Perugia, Director of the Reproductive and Perinatal Medicine Center, Director of the Midwifery School, University of Perugia, in addition to being the Director of the Permanent International and European School of Perinatal and Reproductive Medicine (PREIS) in Florence. He is Founder & Editor in Chief, Journal of Maternal-Fetal and Neonatal Medicine, London Corresponding Editor of the American Journal of Obstetrics and Gynecology, USA Advisory Board member, the March of Dimes Foundation, NY, USA President, the International Society on Chocolate, Cocoa and Medicine (ISCHOM) Secretary General, the New European Surgical Academy (NESA). He is Fellow and eundem of the Royal College of Obstetricians and Gynaecologists (London) (FRCOG) and Honorary Fellow of the American College of Obstetricians and Gynecologists (FACOG) Professor, the State Universities of Moscow, Krasnodar and Tomsk , Russia; the University of Buenos Aires, Argentina; the International University of Dubrovnik, Croatia; the State University of Serbia, Belgrade, Serbia; the State University of Chisinau, Moldovia; the University of Kansas City Medical School, USA Doctor Honoris Causa, Universities of Prague, Cluj Napoca, Athens and St Petersburg Academic Member, the Romanian Academy of Sciences & the Russian Academy of Sciences Gold Medal of the Bangladesh Society of Ob/Gyn (1992), the Maratea Children Prize (1994), the Foundation Corradi Prize for “Scientific Research” (1998), the Liley Medal from the “Fetus as a Patient” International Society (2006), the Allan Chang Visiting Professorship (Hong Kong, 2007) and the Maternity Prize of the European Association of Perinatal Medicine in Istanbul (2008). His scientific production comprises over 1200 papers of which more than 300 are in referred international journals and 80 books. Invited as speaker to more than 1400 international and national congresses, meetings, and courses in more than 100 different countries.