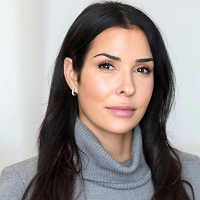 Dr. Genevieve Blackburn was born in Montreal in 1978. She graduated from the Faculty of Medicine at the Universite de Montreal in 2006 and is a general practitioner. Had it not been for the major reform of the Quebec health system in 2015, she might still be providing emergency care to patients of the Verdun Hospital in Montreal.

However, the reforms were too radical for her to continue in her position, so, in 2016, after eight years as an emergency physician, Dr. Blackburn decided to move on and devote herself entirely to her eponymous medical aesthetic clinic, which she had founded a few years earlier, on July 2009.

She was only six years old when she first felt, without exactly knowing why she wanted to work in this field. Having turned 40 in 2018, she is now part of a generation of aesthetic medicine specialists who, thanks to their leadership and vision, are constantly working to improve the practice so that patients are the main beneficiaries in the end.