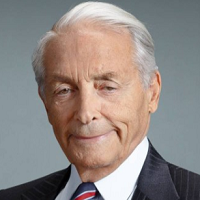 Dr. Veith graduated from Cornell and completed his residency at the Brigham and Harvard. In the 1970s and 1980s, he performed pioneering work in lung transplantation while his clinical interest involved Vascular Surgery focusing on limb revascularizations and an aggressive approach to saving threatened limbs when most patients with this problem underwent amputation. In the late 1980s, Dr. Veith became involved with endovascular treatments. His group performed the first US EVAR and the first EVAR for a ruptured AAA.

Dr.Veith has been a leading advocate for the recognition of Vascular Surgery as a separate, distinct specialty. He is now Professor of Surgery at NYU and the Cleveland Clinic and leads the largest Vascular meeting held annually in New York City.