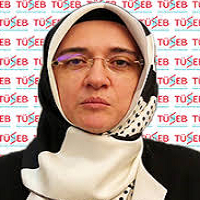 In 1989, she started to study in Hacettepe University (English) Faculty of Medicine and in 1996 graduated from Istanbul University, Istanbul Faculty of Medicine.In 1997, she started to work as an assistant in Obstetrics and Gynecology at İstanbul Zeynep Kamil Women and Children's Diseases Education and Research Hospital. He received his specialization in Obstetrics and Gynecology Department in 2002 from Istanbul Zeynep Kamil Women and Children Diseases Education and Research Hospital. Between the years 2002-2006, he worked in various private hospitals in Istanbul and Ankara, and during this period, he attended the IVF certified training program at Zekai Tahir Burak Women's Health Training and Research Hospital Reproductive Endocrinology and IVF Clinic.

During this time, he took part in the process of endoscopic and gynecological surgery training of many assistants, modernization of operating room and polyclinic. Since 2013, he has been working as a lecturer in Yıldırım Beyazıt University Department of Surgical Medical Sciences Obstetrics and Gynecology Department. In 2016-2018, TITCK was a drug licensing commission member. On 07.22.2016 the Ministry of Health in Turkey has been appointed Head of Mother and Child Health Institute of Adolescent Health Institute as founding president.