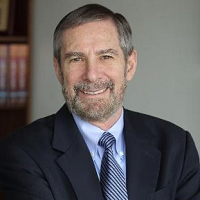 Douglas R. Lowy, M.D., is Chief of the Laboratory of Cellular Oncology and, since 2010, has also served as a Deputy Director of the National Cancer Institute (NCI). In March 2019, he became Acting Director of NCI, a role he also held from April 2015 to October 2017.

Dr. Lowy received his medical degree from New York University School of Medicine in 1968 and trained in internal medicine at Stanford University and dermatology at Yale University. He has directed a research laboratory at NCI since 1975, after receiving training as a Research Associate in the National Institute of Allergy and Infectious Diseases.

Dr. Lowy is a member of the National Academy of Sciences (NAS) and of the Institute of Medicine of the NAS. For his research with John Schiller on technology that enabled the preventive HPV vaccines, they have jointly received numerous honors, including the 2007 Federal Employee of the Year Service to America Medal from the Partnership for Public Service, the 2011 Albert B. Sabin Gold Medal Award, the 2012 National Medal of Technology & Innovation (awarded in 2014), the 2018 Szent-Györgyi prize and the 2017 Lasker-DeBakey Clinical Medical Research Award, the country’s most prestigious honor for biomedical research. Dr. Lowy has also received the National Medal of Honor for Basic Research from the American Cancer Society and is a fellow of the AACR Academy.