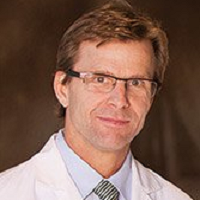 Dr Daniel Kelly is John Wayne Cancer Institute Professor of Neuroscience & Neurosurgery and Director of the Brain Tumor Center & Pituitary Disorders Program at Providence Saint John’s Health Center in Santa Monica, California. He is recognized for his contributions in the field of minimally invasive neurosurgery and neuro-endoscopy. His clinical practice is devoted to the treatment of patients with all types of brain, pituitary and skull base tumours with a focus on endoscopic pituitary surgery and keyhole brain tumour surgery.

Dr Kelly graduated from Claremont McKenna College in 1982 and from Georgetown University School of Medicine in 1986. He completed neurosurgical training in 1993 at George Washington University Medical Center and then joined the UCLA Division of Neurosurgery. In 1998 he became director of the UCLA Pituitary Tumor and Neuroendocrine Program. He was Professor of Neurosurgery and Vice-Chief of the UCLA Division of Neurosurgery until 2007 when he joined John Wayne Cancer Institute and Saint John’s Health Center.