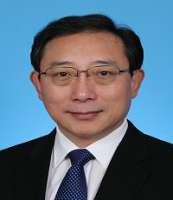 He has also been Professor and Director of the National Key Laboratory of Medical Immunology since 2006. Dr. Cao was elected to the Chinese Academy of Engineering in 2005, German Academy of Sciences in 2013 and French Academy of Medicine in 2014. He was President of Chinese Society for Immunology for 8 years (2006.10-2014.10).

He is currently the Secretary General of Chinese Society for Immunology (2006.10- ), President of Federation of Immunological Societies in Asia and Oceania FIMSA (2012.5- ) and President of Global Alliance for Chronic Diseases GACD (2013.12-2015.12).

His laboratory focuses on the understanding of innate signaling in immunity and inflammation, identification of cell subsets and new molecules in dendritic cell (DC)-initiated immune response and cancer immunotherapy. His group has identified important mediators and regulators of innate signaling, characterized immune subsets with regulatory function in immunity, inflammation and cancer.

As corresponding author, he has published more than 220 original papers in prestigious peer-reviewed journals such as Cell, Science, Nature Immunology, Cancer Cell, and Immunity. He also serves on the editorial or advisory board of a number of international journals including Cell, Annual Reviews of Immunology and Science Translational Medicine.