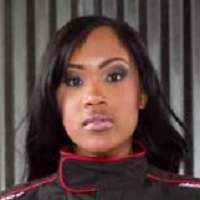 Tia Norfleet was Born in Suffolk, Virginia in 1986, Norfleet's interest in racing began at age 7, when her father, NASCAR driver Bobby Norfleet, doubled the battery power of a Hot Wheels Barbie car to increase its speed. Norfleet claims her racing career began at age 14 when she began competing in kart racing events; she went on to attempt a career in drag racing at the local and regional level.

Norfleet attended local late model events at tracks near her Augusta, Georgia home, starting her Late Model career in 2004. She claimed to begin competing in NASCAR national touring series competition starting in the summer of 2012, and was operating a grassroots funding initiative, claiming it would finance her racing career; however she did not make it to the track in a major series in 2012, and the money raised is unaccounted for.