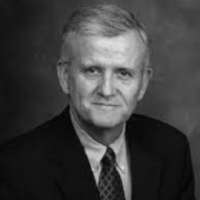 Dr. Miller was raised in Indiana and had his medical education at Indiana University in Bloomington. From Bloomington, he moved to Southern California for an internship at Riverside County Hospital. Following their internship, he moved north to San Francisco, was a resident in anesthesia from 1965 to 1967, and a fellow in pharmacology from 1967 to 1968. He has remained at the University of California since 1965, with the only break being from 1968 to 1970 while he served in Vietnam. Dr. Miller was a staff anesthesiologist in the U.S. Navy. His first posting was in San Diego, which preceded a tour of duty in Da Nang, Vietnam, where he was awarded a Bronze Star with a combat V for meritorious Service. For almost half of its existence, Ronald D. Miller has been the chairman of the Department of Anesthesia and Perioperative Care at the University of California San Francisco (UCSF). Dr. Miller was a charter member of FAER, the Foundation for Anesthesia Education and Research is on the Board of Directors, and is a member of several subcommittees of the organization. He also serves on the Educational Programs Division of the California Society of Anesthesiologists. He received the McLeskay Award in 2007 from the Society for Education in Anesthesia. In October 2008, he received the prestigious Distinguished Service Award from the American Society of Anesthesiologists. He has received honorary fellowships and memberships in anesthesia associations and societies in Europe, Asia, South America, and Australia. Dr. Miller’s worldwide reputation is based on, perhaps more than any other factor, the textbook Anesthesia, referred to as “Miller’s Anesthesia.” The book, under Dr. Miller’s continued editorial guidance, is now in its 6th edition, and a seventh is in preparation. A quote from the New England Journal of Medicine sums up the place of “Miller’s Anesthesia: Previous editions have firmly established this book’s reputation as the world’s most comprehensive and informative work.”