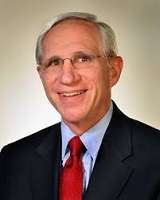 Dr. Robert Block is an Emeritus Professor of Pediatrics and immediate past Daniel C. Plunket Chair, Department of Pediatrics, The University of Oklahoma School of Community Medicine in Tulsa. He was elected by the membership of the American Academy of Pediatrics (AAP) as President-Elect in October, 2010, served as President from October, 2011 through October, 2012, and as Immediate Past President from October 2012 through December, 2013.Dr. Block received his M.D. degree from the University of Pennsylvania, and completed his pediatric residency at the Children’s Hospital of Philadelphia. He was appointed the first Chair of the newly formed subboard on Child Abuse Pediatrics by the American Board of Pediatrics (ABP) from 2006-2009, and continued to serve on the subboard through 2012. He holds Certificate #1 from the ABP in Child Abuse Pediatrics. Dr. Block is a Fellow of the American Academy of Pediatrics, and former member and chair of the Academy’s Committee on Child Abuse and Neglect. He is a former President and Board Chair of the Academy on Violence and Abuse (AVA), the relatively new national organization focused on increasing health care professionals’ education, and academic research, on the health effects of violence and abuse. Dr. Block was appointed Oklahoma’s first Chief Child Abuse Examiner in 1989, and served in that capacity until October, 2011