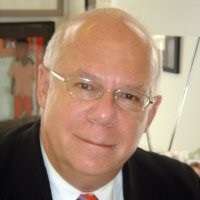 Dr. Gleicher grew up in Vienna, Austria, where he initiated his medical studies at Vienna University Medical School. After preclinical years, he switched to Tel Aviv University’s Sackler School of Medicine in Israel, where he graduated and completed a year of rotating internship. He then moved to New York City for a residency in Obstetrics and Gynecology, and a fellowship in reproductive immunology at Mount Sinai Medical Center. As Chief Resident he was awarded the Dr. Solomon Silver Award in Clinical Medicine, given annually to "that younger member of The Mount Sinai Hospital and Medical Center staff who best exemplifies the ability to apply the advance in research to the practice of clinical medicine."

Dr. Gleicher was appointed to the medical school faculty of Mount Sinai School of Medicine as Assistant Professor, in the department as Head of the Division of Reproductive Immunology and given responsibility for all student and resident education in Obstetrics and Gynecology. Two years later he moved to Chicago as Chairman of Obstetrics and Gynecology at Mount Sinai Hospital and Professor of Obstetrics and Gynecology and Immunology/Microbiology at Rush Medical College. He held these positions for 10 years until his resignation in 1990, when he started to concentrate on development of the Center for Human Reproduction (CHR), which he founded in 1981. Since 1990 Dr. Gleicher has held a variety of academic professorial appointments at Chicago Medical School and, after his move back to New York City, at New York University School of Medicine and Yale University School of Medicine. Since 1999 he is President, Medical Director and Chief Scientist of CHR-New York and President of the not-for-profit Foundation for Reproductive Medicine. He also holds an appointment as Guest Investigator at Rockefeller University and Professor (Adj.) at Medical University Vienna.

Dr. Gleicher has published hundreds of peer-reviewed scientific papers, abstracts and book chapters in reproductive endocrinology and infertility, relating to medical complications in pregnancy and to the immune system in reproduction. He served as founding Editor-in-Chief for the American Journal of Reproductive Immunology (AJRI), and for 30 years of the Journal of In Vitro Fertilization and Embryo Transfer, in 1992 renamed Journal of Assisted Reproduction and Genetics (JARG), now the 2nd official organ of the American Society for Reproductive Medicine (ASRM). He in addition served as editor and/or editorial board member on many other medical journals, and edited a number of major textbooks. Currently, he serves as Academic Editor for PLoS ONE, and is a member of multiple editorial boards. In 2009, Dr. Gleicher was invited to give the prestigious bi-annual Patrick Steptoe Memorial Lecture to the British Fertility Society, as recognition of his contributions to advancements in reproductive endocrinology and infertility.