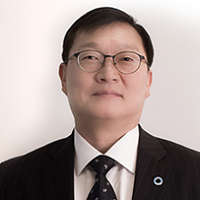 Professor Nam H. Cho currently resides in South Korea and serves as chairman of the International Diabetes Federation Western Pacific Region (IDF-WPR) 2013-2015. Dr. Cho became interested in diabetes in 1984 and has developed an academic career in diabetes research that focuses on epidemiology and public health areas. He has published over 80 peer reviewed papers on type 1 diabetes, type 2 diabetes, and gestational diabetes.

He is a world renowned diabetes epidemiologist and continually strives in his quest for a better understanding of diabetes. He graduated from the University of Pittsburgh with a clinical epidemiology degree in 1989 and was a medical faculty member at Northwestern University Medical School until he was recruited by the Korean government's “Korean national brain pool recruitment project” during the presidency of Kim Young Sam.

Dr. Cho has served in national and international levels of diabetes organizations. He is the founder of the type 1 diabetes registry in Korea and is also responsible for estimating the prevalence of type 2 diabetes for the Korean population. He served as a committee member for the IDF clinical guidelines on gestational diabetes and the IDF report on bariatric surgery. Since 2004, Dr. Cho has been elected twice (for 6 years) as an executive council member of IDF-WPR and was as Chair Elect of the Region in 2010- 2012. Dr. Cho is also the founder of the Korea-Cambodia twining project which helps Cambodia to construct a National Diabetes Center, located in Phnom Penh.

Dr. Cho has served as chairman of the Department of Preventive Medicine at Ajou University School of Medicine and is a director of clinical epidemiology at the University's Hospital. He is also currently the CEO and owner of two companies and since 2000 has served as the president of a humanitarian medical NGO which provides medical services to under-developed countries.