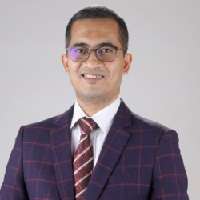 Associate Professor Dr Muhammad Muhsin Ahmad Zahari started his career in 1999 at the Penang Hospital. His areas of expertise include general psychiatry, forensic psychiatry, addiction psychiatry and community and rehabilitation psychiatry. He was a member of the Youth Psychiatric Council for the World Psychiatric Association (WPA), and the currently he is the Honorary Secretary for the Malaysian Psychiatric Association (MPA), life member of the Malaysian Medical Association (MMA) and registered specialist with National Specialist Registry (NSR). He is also a committee in the development of Malaysian Clinical Practice Guideline for Depression. He was also a research affiliate at the University of Yale, Department of Internal Medicine. He contributed many publications including those published in the American Journal of Drug and Alcohol Abuse, American Journal of Drug and Alcohol Abuse, WHO Bulletin and International Journal of Prisoner Health. He is an active researcher in his field, having participated in many projects since 2004, as well as consulted on various projects. He was also the President of Sleep Disorder Society Malaysia (SDSM) from 2011-2015. In 2013 he was the Chairman of the International Society of Addiction Medicine (ISAM) Conference where it was attended by delegates from 53 countries. For his contributions, he was awarded a Fellowship in Psychiatric Rehabilitation and Community, Korea, WHO Collaborating Center, Korea, Fellowship in Young Psychiatry of World Psychiatric Association in 2008, as well as awarded the Excellence Service Award in 2007, 2015, 2016 from University of Malaya. He also received an Endeavour International Postgraduate Research Scholarship (EIPRS) awarded by the Government of Australia, 2007, (International). He is committee members for various committee and also often invited as a key expert to share in Malaysian media.