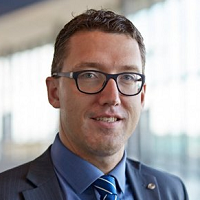 Michael T. Hirschmann, MD, has been appointed an Associate Editor of the Knee Surgery Sports Traumatology and Arthroscopy Journal and will replace Johan Bellemans. At the same time, we would like to thank Johan Bellemans for his outstanding services to the journal. Michael has served the journal both as a reviewer and an Editorial Board Member. He was trained at the University of Mainz in Germany, graduating in 2004. His orthopedic residency was spent at Bruderholz Hospital and Kantonsspital Baselland under the leadership of Professor Dr. Niklaus Friederich. He then worked from 2004 to 2006 as a registrar at the Department of Surgery at University of Basel and became a board-certified specialist in Orthopaedic Surgery in 2011.

He completed a 12-month clinical and research fellowship at the Imperial College London, UK, under Prof. Justin Cobb and Prof. Andrew Amis. In addition, he spent a 3-month knee fellowship in Melbourne, Australia, with John Bartlett. Michael went on several fellowships such as the ESSKA–APOSSM Travelling Fellowship 2012, the AGA European Arthroscopy Fellowship 2011 and the EFORT Visiting Fellowship 2010, which he spent with Dr. Timo Järvelä in Tampere, Finland. In September 2013, Michael has been appointed Head of Knee Surgery at the Kantonsspital Baselland (Bruderholz, Liestal, Laufen), Switzerland.