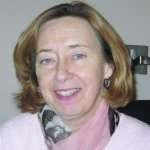 Dr Mary Sano is Professor of Psychiatry and the Director of the Alzheimer's Disease Research at Mount Sinai School of Medicine. She is also the Director of Research and Development at the Bronx Veterans Administration Hospital. Currently, she is the director of a national multi-centre study known as CLASP (Cholesterol Lowering in Alzheimer's Disease to Slow Progression). Dr Sano is a neuropsychologist by training and has been involved in designing and conducting clinical trials for Alzheimer's disease, Parkinson's disease, and mild cognitive impairment of ageing. In 1989 she received the Florence and Herbert Irving Clinical Research Career Award to develop methodologies for the assessment of therapeutic agents in Alzheimer's disease. She directed the first ADCS multicenter trial of vitamin E and Selegiline, treatments which delayed the clinical progression of Alzheimer's disease and in 1998 she received the Veris Award for this study. In this study minority participation was more than double that of any other clinical trial for this disease. Her research interests are in clinical trial design and the impact of pharmacological treatments on the functional abilities of individuals with cognitive impairment.

At present, she is the director of a new clinical study to determine if home-based assessments can be used to assess treatments for the prevention of cognitive loss and dementia. She has also developed tools to assess the economic impact of subtle cognitive changes in elderly subjects. Other areas of interest include the role of depression in cognitive impairment and dementia, women's' attitudes about prevention of memory loss, and measuring the quality of life in diseases of ageing. She is also the recipient of the Alzheimer Association grant to study Resveratrol, one of the active ingredients in red wine. Dr Sano has also conducted work characterizing the cognitive impact of head injury, Sickle Cell Disease, and mitochondrial disorders.