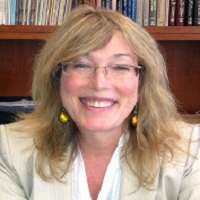 Marci Bowers MD, of Burlingame, California, is acknowledged as a pioneer in the field of Genital Reassignment Surgery and is the first woman worldwide to hold a personal transgender history while performing transgender surgery. She is also the first US surgeon to learn the technique of functional clitoral restoration after Female Genital Mutilation (FGM). As an international authority on clitoral reconstruction, Dr Bowers is sought after as a speaker and worldwide surgical educator and has been featured in numerous documentaries and news features including the Guardian, BBC, Times of London, Esquire and many others.

Dr Bowers is a member of WPATH, and serves on the board of directors for both GLAAD and the Transgender Law Center. In 2016, she joined the faculty at Mt Sinai-Beth Israel in New York to establish the first transgender surgical educational program in the US. Her transgender work has been highlighted by appearances on Oprah, CBS Sunday Morning and Discovery Health. Dr Bowers was recently honored as one of the 100 most influential LGBT people on the Guardian’s World Pride Power List and also recognized as one of Huffington Post’s 50 Transgender Icons.