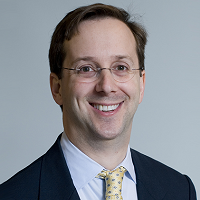 Dr. Hochberg is a vascular and critical care neurologist at Massachusetts General Hospital (MGH), where he also directs the Center for Neurotechnology and Neuro recovery. In addition, he is on the Consulting Staff at Spaulding Rehabilitation Hospital; Professor of Engineering at Brown University; Senior Lecturer on Neurology at Harvard Medical School; and Director, VA RR&D Center for Neurorestoration and Neurotechnology, Providence RI.

His research focuses on the translation of neurophysiology and computational neuroscience discoveries into devices to restore function for patients with neurologic disease or injury. His research has been published in journals such as Nature, the New England Journal of Medicine, Lancet, Science Translational Medicine, and the Journal of Neuroscience.

As Principal Investigator and Lead Clinical Investigator of the BrainGate Neural Interface System pilot clinical trials, he has earned numerous awards, including a Doris Duke Clinical Scientist Development Award, the Joseph B. Martin Award in Basic Science, the Herbert Pardes Prize in Clinical Research, and the Derek Denny-Brown Young Neurological Scholars award. He and his BrainGate colleagues also received the Israel Brain Technologies International B.R.A.I.N. Prize, presented by President Shimon Perez. Dr. Hochberg's research has been supported by the Dept. of Veterans Affairs and the NIH, including NIDCD and the BRAIN Initiative/NINDS.

Dr. Hochberg received his Sc.B. with Honors in Neural Science from Brown University in 1990. He received his MD and Ph.D. from Emory University, where he was continued an intern in Internal Medicine. He was a resident and Chief Resident in Neurology at MGH/BWH/Harvard Medical School, where he also completed a fellowship in Stroke/Neurocritical Care in 2004.