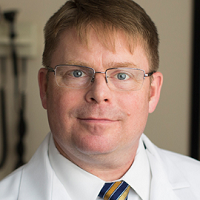 Kevin O’Connor has joined The GW Medical Faculty Associates as Director of Executive Medicine. Additionally, he serves as the Medical Director of International & Diplomatic Affairs at The George Washington University Hospital and Associate Professor of Medicine and Senior Medical Advisor for Health Sciences Programs at the School of Medicine & Health Sciences. Dr. O’Connor completed his Medical Degree at the New York College of Osteopathic Medicine in 1992 and Residency training at The Mountainside Hospital in Montclair, New Jersey, where he was named Chief Resident in 1995. He remains a Diplomate of the American Board of Family Medicine, by which he has been board certified since 1995. He was appointed as a Fellow of the American Academy of Family Physicians in 2009 and inducted into the Order of Military Medical Merit in 2013. In 2016, Dr. O’Connor received the Army Surgeon General’s “A” Proficiency Award, the highest level of achievement in the Army Medical Department.

His military education has included Airborne School in 1986, AMEDD Officer Basic Course in 1993, and U.S. Army Flight Surgeon training in 1998. He graduated from the U.S. Army Command and General Staff College in 2003, and the U.S. Army Advanced Operational Warfighter Course at Fort Leavenworth in 2004. He was designated Master Flight Surgeon in 2010.