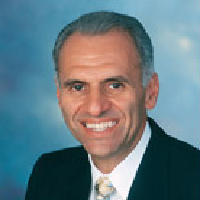 John Mauriello, M.D. received his medical degree in 1974 from the University of Bologna, Italy. The first university in the western world, the University of Bologna was established in 1088 and considered to be among the most prestigious anywhere in the world. Dr. Mauriello did his anesthesia residency at St. Barnabus Medical Center in northern New Jersey. In 1980, he relocated to Winter Park, Florida where he was the Chief of the Anesthesiology Department and spent over 10 years in Winter Park, FL. becoming well accomplished in the field of anesthesiology.

In the mid-1980s, his interest became focused on venous disease. Having studied under two of the early pioneers of injection therapy for varicose veins, Dr. Mauriello opened his first vein clinic in 1986 in Winter Park, FL. Since that time, Dr. Mauriello has devoted his medical career to the advancement in diagnosis and treatment of venous disease.