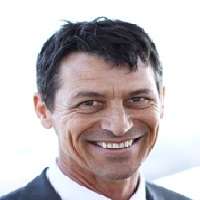 John Beard was born in Australia and holds an MD from the University of Adelaide and a PhD from the University of Sydney. John has been Director of WHO’s Department of Ageing and Life Course since January 2009, holding the additional position of WHO of Director (a.i.), Department of Gender, Women and Health from 2010 to 2012. Ageing has been identified by the World Health Assembly as a priority area of work for WHO and John leads a “whole of Organization” response that draws on the extensive capacity of the Organization’s many Departments, Regions and Country Offices. He was a lead writer and editor of the first World report on ageing and health (2015), and oversaw the development of the Global strategy and action plan on ageing and health, adopted by WHO Member States in May 2016. In 2010, he launched the Global Network of Age-friendly Cities and Communities.

John initially worked as a physician in South Africa, the United Kingdom and rural Australia, including several years as medical officer for a community controlled Aboriginal Medical Service. He subsequently held a range of senior public health and academic roles in Australia and the USA, including as the founding head of the University of Sydney’s Department of Rural Health, Manager of Public Health for the Sydney 2000 Olympic Games, and Senior Epidemiologist with the New York Academy of Medicine. He works closely with the World Economic Forum and is a past chair of their Global Agenda Council on Ageing and a current member of the Global Council on the Future of Human Enhancement. John remains actively involved in several large international research studies on ageing and he has published widely in the international literature. He has been an editor for a number of key publications including the World Economic Forum monograph “Global Population Ageing: Peril or Promise?”, the 2014 Lancet series on Ageing, and the 2013 special issue of the Bulletin of the World Health Organization on “Women Beyond Reproduction”. He retains his links to the University of Sydney, where he is an Honorary Professor.