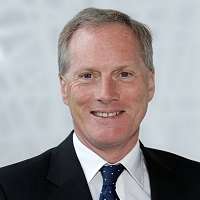 James Noble has served as our full-time Chief Executive Officer since March 2014 and part-time CEO from July 2008 to March 2014 and is one of our co-founders. From July 2008 until March 2014, Mr. Noble was also part-time CEO of Immunocore. Mr. Noble has 24 years of experience in the biotech industry. He has held numerous non-executive director positions, including at CuraGen Corporation, PowderJect Pharmaceuticals plc, Oxford GlycoSciences plc, MediGene AG, and Advanced Medical Solutions plc. Mr. Noble is also Deputy Chairman of GW Pharmaceuticals plc and a non-executive director of Immunocore Limited.

Mr. Noble is qualified as a chartered accountant with Pricewaterhouse Coopers and spent seven years at the investment bank Kleinwort Benson Limited, where he became a director in 1990. He then joined British Biotech plc as Chief Financial Officer from 1990 to 1997. Mr. Noble was previously Chief Executive Officer of Avidex Limited, a privately held biotechnology company that was our predecessor, from 2000 to 2006. Mr. Noble holds an MA from the University of Oxford.