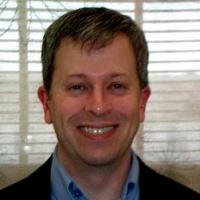 James’ first experience with antibodies was during his undergraduate studies at the University of Missouri, Columbia where he conducted immunofluorescence assays for veterinary pathologists. He later developed several novel antibodies and applications to support both his graduate and post-doctoral research of heterochromatin dynamics and epigentics at the University of Rochester and the Fred Hutchinson Cancer Research Center, respectively. In 2001, James accepted a position in Discovery Research at Immunex which was later acquired by Amgen. At both Immunex and Amgen, James led several therapeutic antibody programs to treat cancer, inflammation and metabolic disease. He is a named inventor on multiple patents and applications which correspond to monoclonal antibodies in Amgen’s pipeline. James joined the Oncology R&D unit at GlaxoSmithKline in 2010. In his current role, he manages development of therapeutic antibodies and related biopharmaceuticals in partnership with GSK’s Biopharm R&D organization.