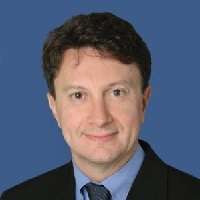 Dr Linfante served as an Associate Professor in Neurology and Radiology in the University of Massachusetts' Section of Neuroendovascular Surgery/Interventional Neuroradiology and was Attending in Neuro Endovascular Surgery at Boston Medical Center. A native of Italy, Dr Linfante earned his medical degree from the University of Rome "La Sapienza," where he also served a resident in Neurology. He then completed residencies in internal medicine at George Washington University Medical Center and in Neurology at Baylor College of Medicine in Houston, Texas. He served Fellowships in the Neuro-Imaging Branch of the National Institutes of Health in Bethesda, Maryland; in cerebrovascular diseases at Beth Israel Deaconess Medical Center, Harvard Medical School. He was on the Faculty of Neurology in Cerebrovascular Diseases at Harvard Medical School where he trained in Interventional Neuroradiology and Neuro Endovascular Surgery.

He has participated in several clinical trials of drugs and technologies related to stroke and other cerebrovascular conditions and has lectured nationally and internationally on related topics. Dr Linfante has been a member of the Editorial Board of the scientific journal Stroke since 2002 and in the Editorial Board of the Journal of Neuro Interventional Surgery. He has been a guest editor for several other peer-reviewed medical journals. He is the author of more than 70 scientific articles published in world-renowned peer-reviewed journals such as Stroke, Neurology and Neurosurgery. He has published numerous book chapters and books in Stroke and Cerebrovascular Diseases. He is a diplomate of the American Board of Neurology and Vascular Neurology.

Because of his standing as an endovascular neurosurgical operator both clinically and scientifically, Dr Linfante currently holds leadership positions in a number of societies and organizations in Endovascular Neurosurgery. In particular, he is Founding Member and in the Board of Directors of the Society for Interventional Neurology (SVIN) and he is in the Executive Committee of the Society for Neuro Interventional Surgery (SNIS). He has been the Chairman for several sessions and scientific symposiums for the American Heart Association (AHA) and American Stroke Association (ASA). He is Fellow of the American Heart Association (FAHA) and stroke council.