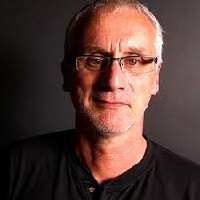 Huw Price is Bertrand Russell Professor of Philosophy and a Fellow of Trinity College at the University of Cambridge. He is also Academic Director of the Centre for the Study of Existential Risk, which he founded in 2012 with Martin Rees and Jaan Tallinn, and Academic Director of the new Leverhulme Centre for the Future of Intelligence. Before moving to Cambridge he was ARC Federation Fellow and Challis Professor of Philosophy at the University of Sydney, where from 2002—2012 he was Director of the Centre for Time. His publications include Facts and the Function of Truth (Blackwell, 1988; 2nd. . OUP, forthcoming), Time’s Arrow and Archimedes’ Point (OUP, 1996), Naturalism Without Mirrors (OUP, 2011) and a range of articles in journals such as Nature, Science, Philosophical Review, Journal of Philosophy, Mind and British Journal for the Philosophy of Science.
He is also co-editor (with Richard Corry) of Causation, Physics, and the Constitution of Reality: Russell’s Republic Revisited (OUP, 2007). His René Descartes Lectures (Tilburg, 2008) were recently published as Expressivism, Pragmatism and Representationalism (CUP, 2013), with commentary essays by Simon Blackburn, Robert Brandom, Paul Horwich and Michael Williams. He is a Fellow of the British Academy, a Fellow and former Member of Council of the Australian Academy of the Humanities, and a Past President of the Australasian Association of Philosophy. He was consulting editor for the Stanford Encyclopedia of Philosophy from and is an associate editor of The Australasian Journal of Philosophy and a member of the editorial boards of Contemporary Pragmatism, Logic and Philosophy of Science, the Routledge International Library of Philosophy, and the European Journal for Philosophy of Science.