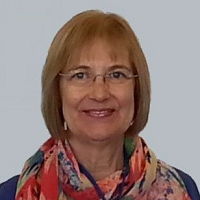 Helga embarked on her career as a holistic practitioner after she recognized the shortcomings in modern medicine. Seeing patients over the many years of her service in a hospital setting as an intensive care nurse and in her practice as an accomplished Naturopathic Practitioner, she found that the one thing most effective in stimulating the healing process is kindness, compassion and the patient's understanding of a willingness to help. Combining this basic with the “hands-on” holistic modalities that she practices, allowed her to successfully help clients in ways that are far removed from the practices that have been created for health in western medicine.

In 1993, she became a Registered Naturopathic Practitioner and founded a medical clinic in Germany. She became a certified Acupuncturist in 1992. The Reflexology training was extensive, through the internationally renowned Hanne Marquardt School in Germany, where instruction is focused on how to treat the sick and ailing. In Germany, Reflexology is recognized by the Medical Profession and to be able to participate in Reflexology instruction, a person‘s occupation must lie within the medical field. Helga became a professionally certified Reflexotherapist and a Touch for Health Practitioner in 1995 and subsequently obtained her Instructor Certification in both modalities. Over the years, she also studied and became certified and proficient in many other holistic arms of medicine and alternative therapies, such as Acupuncture, Bach Flower Therapy, and Psychokinesiology.