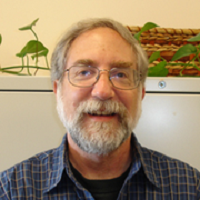 Harold Zakon received his Ph.D. in Neurobiology & Behavior from Cornell University in 1981. He did postdoctoral research at the Scripps Institution of Oceanography, which is part of the University of California at San Diego from 1981-1983. He joined the faculty of the former Zoology Department at the University of Texas in 1983. He has been Chairman of the Section of Neurobiology since it was founded in 1999. He has served on grant review panels at the NIH, editorial boards of a number of scientific journals and advisory boards of scientific societies. He has won awards for his research, such as an NIH Research Career Development Award and a Research Award from the Alexander von Humboldt Foundation, as well as teaching excellence at UT. He has been a director and faculty member of the “Neural Systems and Behavior” summer course at the Marine Biological Laboratory in Woods Hole, Massachusetts (1995-2005), and the Chairman of international meetings including the “Gordon Research Conference in Neuroethology” at Oxford University (1999, 2002) and the International Society for Neuroethology (2010). He holds a position as Adjunct Scientist at the Marine Biological Laboratory in Woods Hole, MA. He was a visiting Fellow at the University of Cambridge (2012) and at the Ludwig Maximilian University and University of Konstanz in Germany (2015).