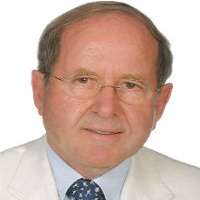 Guntram Schernthaner held the position of Director of the Department of Medicine I (Diabetes, Endocrinology and Oncology) at the Rudolfstiftung Hospital, Vienna, Austria for 25 years, from 1988 to 2013. He completed his medical degree in 1972 and went on to obtain his Professorship in Medicine from the University of Vienna in 1987. During the course of his extensive career, Professor Schernthaner has been involved with several leading international professional societies and committees. He is a former Council Member and Vice President of the European Society for Clinical Investigation. He also served as a Member of the Council of the European Association for the Study of Diabetes (EASD) for 3 years (1994–1997) and, in 1996, acted as Chairman for the 32nd EASD Congress in Vienna.

Professor Schernthaner has authored or co-authored over 350 scientific papers published in leading peer-reviewed journals. According to the Citation Index of Web of Science, his papers have been cited more than 15,000-fold and his h-index is 49. His total impact factor is above 2200. Professor Schernthaner is also a frequent speaker on the national and international stage and has been invited to present lectures at numerous leading global congresses, including the American Diabetes Association (ADA), the International Diabetes Federation (IDF) and the European Society of Endocrinology. In 2014, he was an invited lecturer at the Celebration Meeting of the 50th Anniversary of the EASD and, the following year, gave the Max Perutz Nobel Prize Memorial Lecture at the University of Cambridge, UK. Professor Schernthaner has received a number of awards and honours recognising his work in the field of diabetes. In 1982, he received the Bertram Award by the German Diabetes Association and, in 1997, was awarded the Albert Renold Medal by the EASD. Professor Schernthaner is an honorary member of many Diabetes Associations.