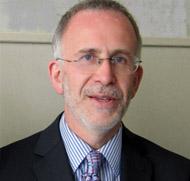 Professor Gerard Stansby qualified from Cambridge University and Addenbrooke’s Hospital in 1982. He carried out many junior training posts in Cambridge and the East Anglian area before moving to the Royal Free Hospital as Registrar and subsequently Lecturer in Surgery. In 1993, he went to St Mary’s Hospital in London as a Senior Clinical Vascular Fellow and, in 1994, became Senior Lecturer in General & Vascular Surgery at St Mary’s Hospital and Imperial College, London. In January 2000, he obtained his current position of Professor of Vascular Surgery at the University of Newcastle and the Freeman Hospital.

Professor Stansby is the author of more than 200 scientific articles and several books on venous and arterial diseases. He is co-chair of the TARGET-PAD group which aims to improve the profile and understanding of PAD in the UK, a Council member of the Vascular Society of Great Britain and Ireland, Secretary of the Venous Forum and coordinating editor for the Cochrane Peripheral Vascular Diseases group and several medical journals. He is Chair of the NICE Quality Standards group for Venous thromboembolism, Chair of the Venous Thromboembolism clinical guideline group for NICE and was a member of group which produced the recent NICE Clinical Guideline on VTE prevention. He is Chair of North of England Cardiovascular network group for Vascular Surgery.