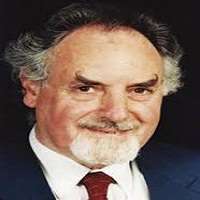 Burnstock was educated at King's College London (BSc, 1953) and at University College London (PhD, 1957). He played a key role in the discovery of ATP as neurotransmitter.[2] He was appointed to a Senior Lectureship in Melbourne University in 1959 and became Professor and Chairman of Zoology in 1964.

In 1975 he became Head of Department of Anatomy and Developmental Biology at UCL and Convenor of the Center of Neuroscience. He has been Director of the Autonomic Neuroscience Institute at the Royal Free Hospital School of Medicine since 1997. He was elected to the Australian Academy of Sciences in 1971, the Royal Society in 1986, the Academy of Medical Sciences in 1998 and an Honorary Fellow of the Royal College of Surgeons and the Royal College of Physicians in 1999 and 2000. He was awarded the Royal Society Gold Medal in 2000. He has supervised over 100 PhD and MD students and published over 1400 original papers, re-views and books.