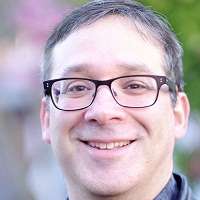 Gary Marcus, scientist, bestselling author, entrepreneur, and AI contrarian, was CEO and Founder of the machine learning startup Geometric Intelligence, recently acquired by Uber. As a Professor of Psychology and Neural Science at NYU, he jas published extensively in fields ranging from human and animal behavior to neuroscience, genetics, and artificial intelligence, often in leading journals such as Science and Nature.

As a writer, he contributes frequently to the The New Yorker and The New York Times, and is the author of four books, including The Algebraic Mind, Kluge:The Haphazard Evolution of the Human Mind, and The New York Times Bestseller, Guitar Zero, and also editor of the recent book,The Future of the Brain: Essays By The World's Leading Neuroscientists, featuring the 2014 Nobel Laureates May-Britt and Edvard Moser. In November 201, he invented the now-ubiquitous trolley problems for driverless cars (borrowed, mostly recently, by Barack Obama),