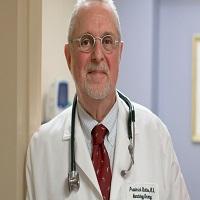 Frederick Rickles, MD is board-certified in internal medicine and hematology. He is a hematologist/oncologist and a clinical professor with The George Washington University School of Medicine & Health Sciences. He received his medical degree from the University of Illinois and did postgraduate training in internal medicine and hematology at the University of Rochester School of Medicine, Strong Memorial Hospital in Rochester, NY. He served in the US Army and was director of the Hemostasis and Thrombosis Research Laboratory at the Walter Reed Army Institute of Research from 1971-1974. Dr. Rickles joined the faculty of the University Of Connecticut School Of Medicine in 1974, where he became professor of Medicine and Laboratory Medicine and served as Chief of the Hematology-Oncology Division of the Department of Medicine from 1984-1993. He was awarded the Physicians Health Services/American Red Cross Chair in Transfusion Medicine by the University of Connecticut and served also as chief of Hematology-Oncology at the affiliated Veterans Administration Medical Center.

In 1993, Dr. Rickles became the deputy Chief of the Hematologic Diseases Division at the Centers for Disease Control and Prevention, professor of Medicine and Pediatrics at Emory University and Director of the Emory University Comprehensive Hemophilia and Thrombosis Center, all in Atlanta, GA. In 1998, Dr. Rickles became professor of Medicine and associate vice president for Health Research at The George Washington University Medical Center, a position he held until 2003, when he assumed the role as chief executive officer and executive director of the Federation of American Societies for Experimental Biology (FASEB). Following his departure from FASEB in 2006, he became a fellow in Healthcare and Research Policy until 2009 and a chief scientific officer with Othera Pharma from 2009 to 2010.

He is a frequent speaker on symposia on Cancer and Thrombosis and is a member of a number of scientific advisory boards for companies interested in this problem. He is also a consultant to pharmaceutical companies on the development of new anti thrombotic drugs.

Dr. Rickles is an editor of the book Cancer and Thrombosis and is the author of over 120 papers in refereed journals, 15 book chapters and 25 comprehensive reviews in his areas of interest, principally the molecular pathogenesis, epidemiology, prevention and treatment of thrombosis in cancer. His basic laboratory research focuses on the regulation of tissue factor gene expression and its role in tumor biology. Most recently, Dr. Rickles’ research group has published studies of the regulation of tumor angiogenesis by tissue factor and has designed novel therapeutic agents to inhibit thrombosis and angiogenesis in cancer.