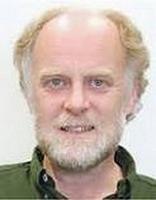 Frank Grosveld studied biochemistry at the University of Amsterdam and obtained a PhD from McGill University (1976). After two postdoctoral periods (Zurich, C. Weissmann and London, R. Flavell), he became Head of the division (1981) of Gene Structure and Expression at the National Institute for Medical Research, Mill Hill, UK. In 1993 he accepted the Chair of Cell Biology at the Erasmus University Rotterdam. Mechanisms of gene regulation and epigenetic phenomena have been the primary focus of his research.

His group has carried out pioneering work in many aspects of gene regulation from concluding that DNA methylation inhibits gene expression via an indirect mechanism, to the first description of an LCR, visualizing the primary transcription process in the nucleus and most recently the decription of 3D interactions in the nucleus. His group has filed a considerable number of patents and has closely collaborated with industrial partners.

He is chairman of the Research School MGC. He is and has been on the advisory board of research councils, institutes and companies and is co-founder of four companies. In 2008, he was appointed as Academy Professor of the Royal Netherlands Academy of Arts and Science. In 2013, Frank Grosveld received knighthood in the Order of the Netherlands Lion.