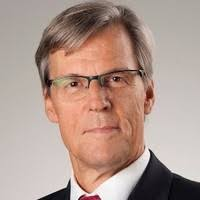 Frank Broekmans (1956), MD, PhD, is a gynaecologist and Professor in Reproductive Endocrinology and Surgery at the University Medical Center Utrecht, since October 2010. He is head of the Department of Reproductive Medicine and chairman of the committee for Science management of division Female and Baby. He graduated from the Faculty of Medicine at the VU Medical Center Amsterdam in 1983, became consultant OBGYN in 1990, completed a Fellowship in Reproductive Medicine at the VU Medical Center Amsterdam in 1993, and received his PhD degree in 1995. His scientific career has been devoted to the field of female reproductive ageing. Special focus has been on the normal ovarian ageing pattern, assessment of actual and future fertility status, genetic backgrounds of the variation in the ovarian ageing process, and recently the link between vascular and ovarian ageing. At present, he is supervising 6 PhD students. Within his field of interest he obtained several grants from the Dutch Organisation for Scientific Research (ZonMW) and the Dutch College for Health Care Insurance. He has held an Associate Editorship for Human Reproduction between 2005 and 2009, he is the former chairman of the Dutch Flemish Society for Studies on Fertility, he participates in several Advisory boards, is reviewer for Gynaecological Obstetrical Investigation, Fertility Sterility, Human Reproduction, and Journal of Clinical Endocrinology and Metabolism, he was a member of the Institutional Review Board UMC Utrecht between 2012 and 2014, he was chairman of the department Board on Ethical issues in Reproductive Medicine between 2012 and 2015, he was the coordinator of the Board of the Special Interest Group Reproductive Endocrinology of the European Society of Human Reproduction and Embryology between 2015-2017, he waschairman of the pillar Reproductive Medicine of the Dutch Society of Obstetrics and Gynaecology between 2015-2018 and has published over 258 peer-reviewed scientific papers, contributed 31 book chapters and presented over 137 invited lectures at international meetings.