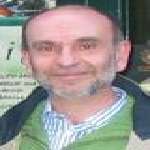 Flavio Nobili is Associate Professor of Neurology at the University of Genoa (I), Dept of Neuroscience (DINOGMI). He has been working in the field of neurological pathophysiology since 1986 to now. The first years were dedicated to cerebrovascular risk factors and their effect on regional Cerebral Blood Flow (rCBF). Since the mid 90ies his interest moved to neurodegenerative brain disease, mainly Alzheimer’s disease (AD). He applied several investigational techniques, such as quantitative EEG (qEEG), quantitative rCBF measurements by means of Xe-133 inhalation, and perfusion SPECT to AD, Parkinson’s disease and related disorders. Then he studied FDG-PET and structural MRI in Mild Cognitive Impairment, AD and, more recently, frontotemporal dementia. He works as a neurologist at the Policlinic IRCCS San Martino-IST in Genoa (I) where he leads the Unit for Cognitive Disorders.

He has conducted pharma clinical trials (phase II and III) in AD for more than 10 years as Principal Investigator. He has received research support to study biomarkers in MCI and AD from the European Commission (Frame Program, FP 5; FP 7; Innovative Medicine Initiative). His own expertise includes structural and functional neuroimaging, neuropsychology, qEEG, Doppler sonography of brain vessels, and clinical assessment.

He and his Unit are part of the European Alzheimer Disease Consortium (EADC) since 2002 to date. At the EADC he is a member of the Steering Committee and leads the PET study group since 2008 to date, focusing on FDG-PET and MCI and now on amyloid PET and cognitive disorders more in general. This has produced some top publications.