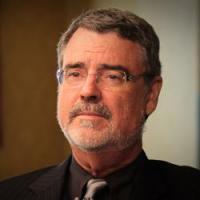 Dr. Mullan graduated cum laude from Harvard University in 1964 with a degree in history and from the University of Chicago Medical School in 1968. He trained in pediatrics at the Jacobi and Lincoln Hospitals in the Bronx, New York. In 1972 he was commissioned in the United States Public Health Service and practiced in New Mexico as one of the first physicians in the National Health Service Corps. From 1977 through 1981 he served as Director of the National Health Service Corps in Washington, D.C., followed by tours as a Scholar-in-Residence at the Institute of Medicine, as a senior medical officer at the National Institutes of Health and, in 1984-1985, as the Secretary of the Health and Environment Department for the state of New Mexico.

During 1986-88 he was on faculty in the Department of Health Policy and Management at the Johns Hopkins School of Hygiene and Public Health followed by a two years on the staff of the Surgeon General, directing the Office of Public Health History. He was appointed Director of the Bureau of Health Professions in the Health Resources and Services Administration (HRSA) in 1990 and to the rank of Assistant Surgeon General (Rear Admiral) in 1991. In subsequent years, he served on both the President’s Task Force on Health Care Reform and the Council on Graduate Medical Education. In 1996, he retired from the Public Health Service and joined the staff of the journal Health Affairs as a Contributing Editor and the Editor of the Narrative Matters section, positions he continues to hold.